Archive – The Eye of Ramalach

Ronald Rudentof discovers an ancient mystery hidden in his late father's research materials. Eager to step out from his father's shadow, Ron makes a breakthrough that might just solve the puzzle. 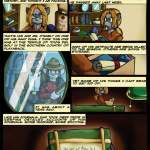 The compass leads Ron and company to Firesands. The only problem now is how to finance the trip. Fortunately, an old acquaintance of his father may hold the answer, but all is not as it seems. 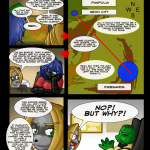 Mr. O'Raelly hires Ron a crew, and Ben secures financial backing through dubious means. The journey is set, but Alex, plagued by nightmares, insists on going too. 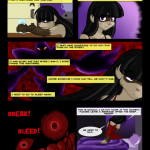 Ron's team arrives in Firesands, but they aren't the only ones searching for The Eye. A team of mercenaries is determined to beat them to their objective... 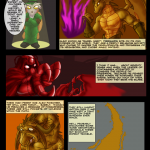 The team leaves for the Temple, but the Wonders Three have made it first. They evade the traps, but aren't prepared for what they find inside. 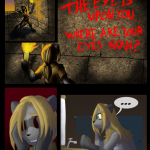 Ron's team and the Wonders Three discover The Eye of Ramalach... as well as its guardian. The battle is fierce, and one of Ron's friends makes a great sacrifice. 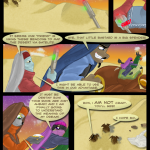 The Wonders Three escape with The Eye, and Ron and company escape with their lives... mostly. With her home destroyed, they bring the guardian of The Eye, Mayte, home with them. 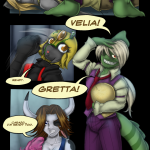 Ron discovers that there was more to The Eye than he thought, and he ends up with an unexpected stowaway. 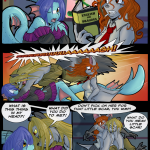 The Serpent and the Hunger 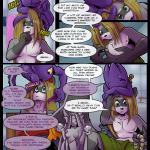 Under the Shadow of the Queen

In the aftermath of the attack on Alex and Mayte, Queen Jane introduces herself our heroes. But is she friend or foe? And Ron makes an important decision regarding Marianne. 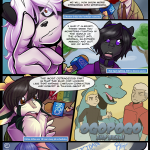 Something Old and Something New

Ben tries to help Mayte adapt to city life. Meanwhile, The Wonders Three return, and Mr. O'Raelly, in his desperation, makes his move against Ron and Ramalach, only to get more than he bargained for. 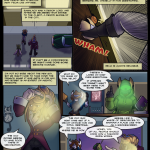 The Other Side of the Coin

Ron and Marianne have their first date, and Ron discovers a side to his crush he never expected. A man arrives with an offer for Mayte. 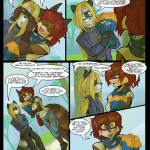 Ron makes poor life choices, and two others learn the truth about Ramalach. Marianne opens herself up to Ron, and he discovers more about her past than he expected. 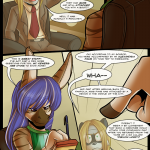 The Silentmen attack on Ron and Ramalach leaves Ramalach near death. Queen Jane gives Ron an ultimatum that he may not be able to refuse. 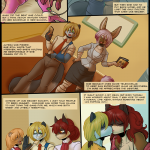